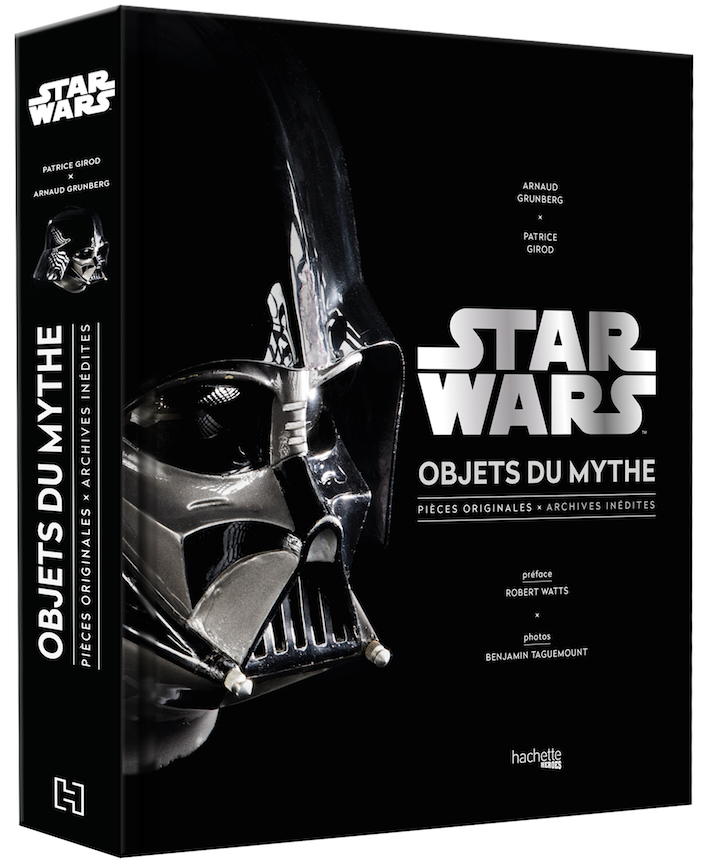 Hachette Heroes published a book based on ScienceFictionArchives.com collection.

"Star Wars : Objets du Mythe" written by Arnaud Grunberg and Patrice Girod, respectively President and Exhibition Director of ScienceFictionArchives.com , is a Star Wars book mainly devoted to the original trilogy! This coffee table book of 416 pages, tells the story of the saga through the incredible ScienceFictionArchives.com collection, that Arnaud Grunberg has collected passionately over the last 40 years.

This book is like an exhibition, you can see original models and costumes, artworks, storyborads, vintage advertisments, action figures, prototypes, superbly photographed by Benjamin Taguemount, and presented for the first time in this beautiful book.

416 pages, 450 art photographs will plunge you to the origins of the creation of a galaxy far, far away.... by revealing all those magnificient artifacts and works of art, licensed products from the original trilogy.

Preface is written by Robert Watts, producer of the Star Wars and Indiana Jones trilogies and Honorary President of ScienceFictionArchives.com.

For foreign people, this book is available here :  amazon.com amazon.co.uk  Amazon.fr and FNAC.com 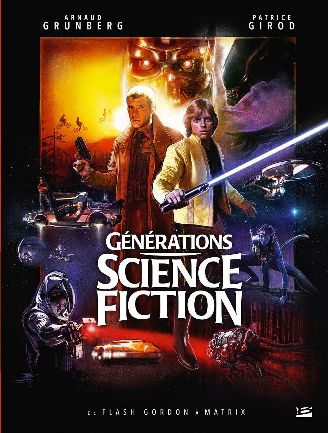 Bragelonne published a book based on ScienceFictionArchives.com.

"Générations Science-Fiction: de Flash Gordon à Matrix" is a unique book ! Written by Arnaud Grunberg and Patrice Girod,respectively President and Exhibition Director of ScienceFictionArchives.com . It's an unprecedented tribute to science-fiction movies... You will discover what the work "passon" means : an unconditionl love for those artists, creators, who gives a visions to the writers and directors.In your hands, you will hold the testimony of those who create these universe that make us dream since the origins of the SciFi genre. In several decades of hard work, Arnaud Grunberg has gathered a great number of objects, artifacts, models, costumes, artworks...

With Patrice Girod, one of France Star Wars leading expert, he opens the doors of this treasure cave. Wonders that reveals unsuspected secrets : How does luke Skywalker lose his hand in The Empire Strikes Back? What detail reveals Marty McFly costume in Back to the Future ? Have you already seen Starship Troopers and Alien spaceships? How movie poster are created, such as Star Trek or Indiana Jones? Not to mentioned licensed merchandise, products or rare documents that enrich the tribute to all this unforgettable movies.

Several hundred photos of incredible objects from the collection of ScienceFictionArchives.com made by the talented Benjamin Taguemount, will allow you to judge the incredible care of detail and elegance of this exceptional collection. This book is a piece of our memory, one that has been marked forever by all those stories that have made us a Science Fiction Generations.

Cover atr is by artist Paul Shipper and the Preface is written by Robert Watts, Star Wars and Indiana Jones producer. 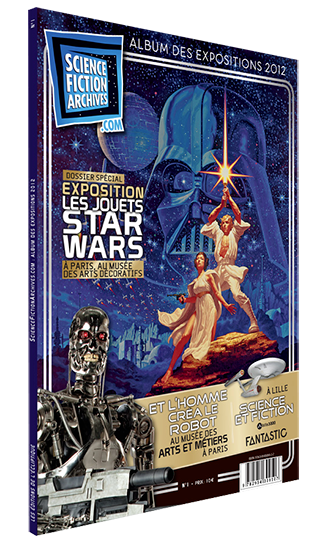 The catalogue is prefaced by Robert Watts, longtime collaborator of George Lucas and Steven Spielberg and producer of Star Wars : Episode VI Return of the Jedi and the Indiana Jones trilogy.

Book available only in French