George Lucas'Industrial light & Magic revolutionary "Vista Cruiser" crane with Track and Large Black Tarp created by the special effects company built for Star Wars: Episode V The Empire Strikes Back. With an impressive size 42” wide X 92” tall X 250” long. We guesstimated that it all weighs between 4-5000 lbs. There is also a small Vista Vision KEM which is a desktop monitor for viewing on set dailies. The crane was design by Ed Tennler. This ILM-Kerner Optical special effects camera system was used for motion control shots in countless films, beginning with Return ofThe Jedi (1983 . It was also used to shoot the famous flying bike scenes in Steven Spielberg's E.T. The Extra-Terrestrial, Back to the Future trilogy and for countless scenes in other films. This is an historic film production equipment. Since Jurassic Park we have seen significant advancement in the digital revolution of filmmaking. Not only are visual effects and sets created digitally, films themselves frequently no longer exist on film itself. The retiring of this equipment adds to its historic appeal, as it now represents a filmmaking era gone-by. We are pleased to present an overview and analysis of one such piece as the Vista cruiser Crane, formerly owned by Lucasfilm Ltd. and Industrial Light & Magic.

On the ILM picture, Electronic systems designer Jerry Jeffress poses with the VistaCruiser camera during Return of the Jedi 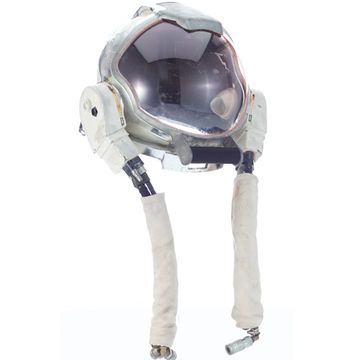