This is the 1 seater Thunder Fighter from Buck Rogers in the 25th Century. The Buck Rogers "Thunder" fighter (aka the "Starfury" fighter) was originally designed by artist Ralph McQuarrie as a concept for the 1978's Battlestar Galactica. The design was shelved for Galactica, but was later revived to serve as the Buck Rogers fighter. Built by Universal Hartland Visual Effects Facility, a owned special effects subsidiary of Universal Studios. In its short history, this small crew produced Visual Effects for four feature films, almost a hundred episodes for serial Television, a TV movie, several commercials, models for Universal Studios Tours, other miscellaneous projects, and NASA including Battlestar Galactica, Buck Rogers, Airport '79, the Concord… This replica of the Thunder Fighter was made by the famous model maker Greg Jein from the original molds. Greg Jein has made five replicas, it is the number 4 and is signed by him. Only the canopy is an original part from one of the original models. 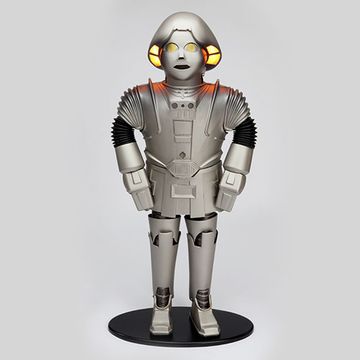 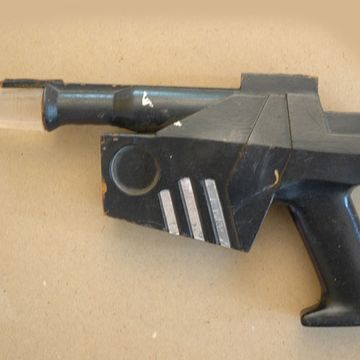 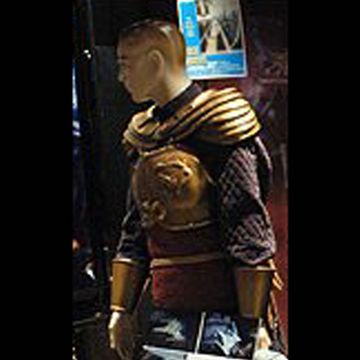 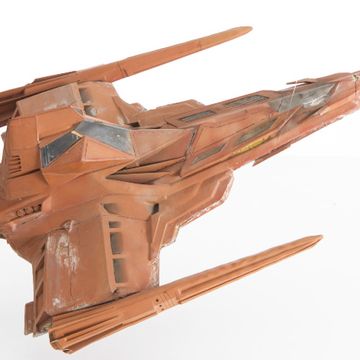 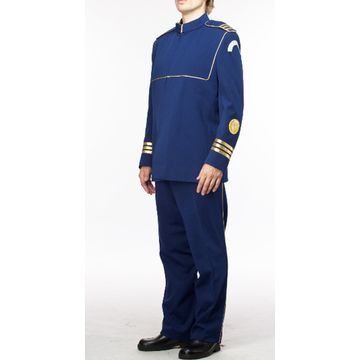