The Nostromo's crew have located the source of the distress signal that change their journey. It is located inside the wreckage of a alien spaceship, in a room where they discovered the spaceship's alien driver skeleton. It seems that the pilot of the spaceship was allegedly killed by the explosion of his rib cage, as if something had gone out violently...

The poor driver is a last minute creation and does not appear in the script. Therefore it has no name and was quickly nickname by members of the cast and the crew as the Space Jockey, because it certainly seems to ride a gear. Except that if we look more closely, it is one with that gear. And what is this thing ? A cannon, a telescope or perhaps the communication device from which he sent his signal of distress. Unless of course it is a signal of warning to keep away curious...

This Space Jockey is the first alien created by H.R. Giger to appear in the film. The Swiss artist created it from beginning to end. First painted as it appears in this Portfolio's lithograph published after the release of the film, then carved at Shepperton Studios, in London's suburban during the preproduction of the film in 1978. 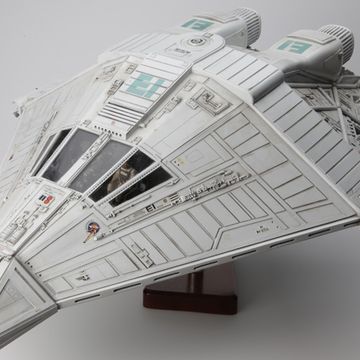 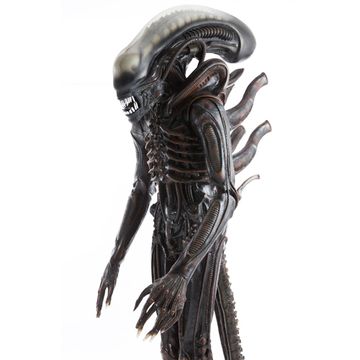 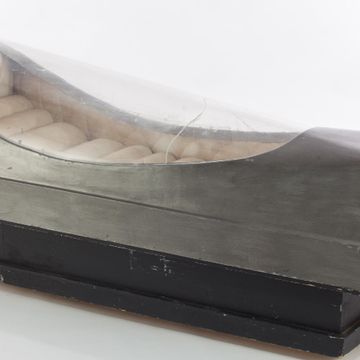 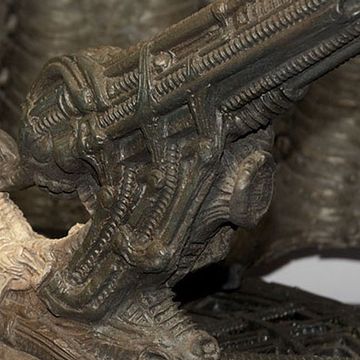 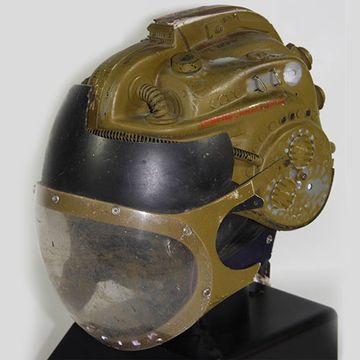 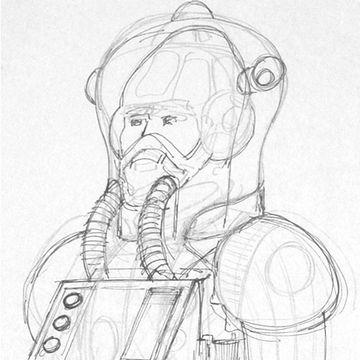 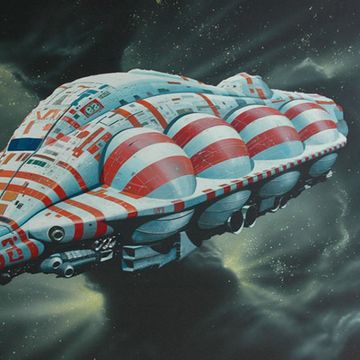 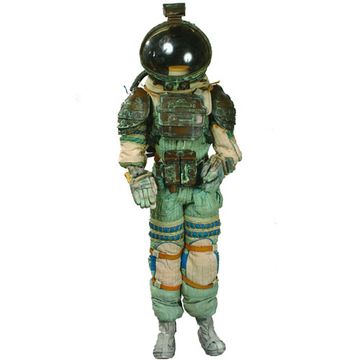