Dark brown and flesh-toned alien egg used in the ambush scene when the cast emerges from the water – only to find these eggs encircling them! French director Jean-Pierre Jeunet asked for a more active Alien egg, than in the previews movies, so it was made of silicone with cable mechs. This is a large mechanical alien egg pod created for and used in the 1997 sci-fi sequel Alien: Resurrection and reused for the 2004 film AVP: Alien vs. Predator. Out of eggs such as this are hatched the facehugger aliens which latch on to a host and lay an egg which becomes a chestburster. This large egg is made of silicone around a fiberglass core which is supported by an inner metal frame. They are many long wires coming out of the bottom of the egg which were connected to puppeteering mechanisms that opened and closed the mouth of the egg. This piece is in great condition, the silicone is still slimy to the touch. It measures 24” tall and 15” in diameter. 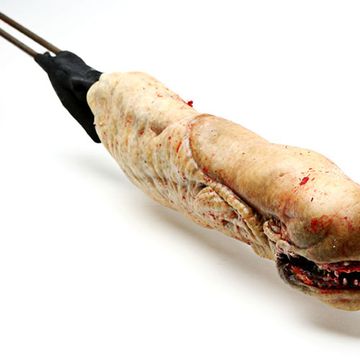 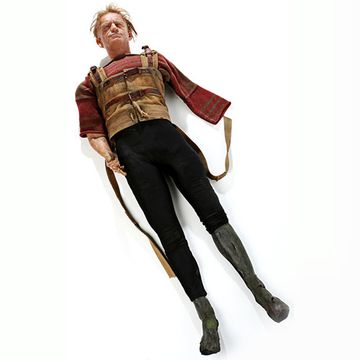