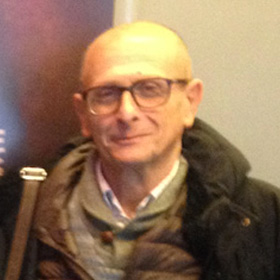 Co-founder, with Christophe Gans, Doug Headline, Nicolas Boukhrief and François Cognard, of the cult French film magazine Starfix, he has interviewed various personalities of the film industry, especially in connection with fantasy and science-fiction.

He has been writing about the cinema for more than forty years and has contributed to the French magazines L’Écran fantastique, Globe and Photo, to the American magazines Cinefantastique and Starlog, the English magazine Starburst and the Italian magazine Ciak. He now writes for the DVDClassik website.

A leading James Bond specialist in France (he began his career as a journalist by interviewing Albert Broccoli and Lewis Gilbert on the Moonraker sets in 1978), he is the author of the book Bond, l’espion qu’on aimait (Hors Collection) and, with Kevin B. Collette and Tony Crawley, Les 8 Visages de James Bond (Les Éditions de l’Histoire). He was also the editor of the book Le Cinéma de Starfix, published in 2016 by Hors Collection.

He has written texts for booklets accompanying French DVD and Blu-ray editions of films by Kurosawa, Robert Altman, William Wyler... and produced and subtitled extras for the English or American editions of various French films.