Artist Syd Mead subsequently painted the concept artwork directly onto frame blowup of FX plates. Those photos were used by matte painters Matt Yurichich and Rocco Gioffre as guides for the final matte paintings used in the film. Matte painting was painted on top of a photo sensitive paper that was mounted on Masonite. Measures 80 in. x 38 in. and was done by Rocco Gioffre. This amazing Matte Painting is part of ScienceFictionArchives.com's collection.

Rocco Gioffre is a visual effects matte painting as an assistant matte painter to an Oscar winning artist, Matthew Yuricich at the age of 18 on Close Encounters of the Third Kind. In the next few years he continued to work as a matte artist for Doug Trumbull and company on Star Trek: The Motion Picture and then on Blade Runner all 3 films were AMPAS VFX nominees. In 1979 was a cofounder and partner of Dream Quest Images, a company that created visual effects for feature films and television. I was in charge of the matte painting department there and created matte paintings on such films as Caddyshack, National Lampoon's Vacation (Walley World) , and Gremlins to name a few. He left Dream Quest in 1986 and continued as a freelance matte artist and visual effects creator on RoboCop, Dances with Wolves, City Slickers, Hook, Cliffhanger and many others. In 1997 finally transitioned to digital painting and was the matte painting supervisor on What Dreams May Come for POP Film & Animation. Continued at POP/ROIT effects ... Mystery Men, The Scorpion King, Terminator 3: Rise of the Machines. In 2002 partnered in a new company Svegali FX and starting with Garden State contributed digital environments and matte paintings for films including The Chronicles of Narnia: The Lion, The Witch & The Wardrobe, Apocalypto, Eragon, I Am Legend, Watchmen, and Star Trek. In 2009 returned to freelance status and have since created matte paintings for Captain America: The First Avenger, Life of Pi and recently Twelve Years a Slave and This Is the End. He's currently doing matte paintings for The Secret Life of Walter Mitty. 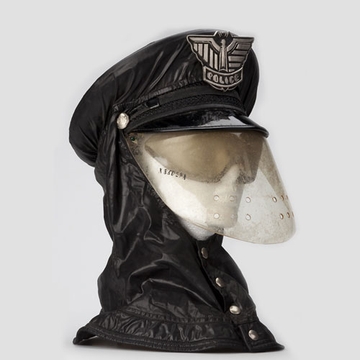 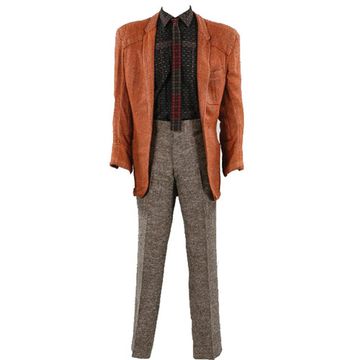 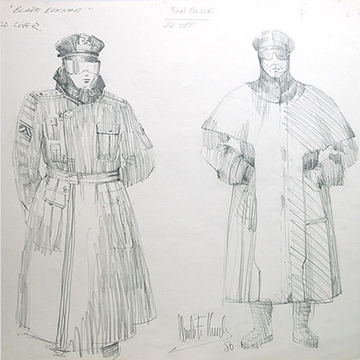 Design of the policeman suit
Producation made 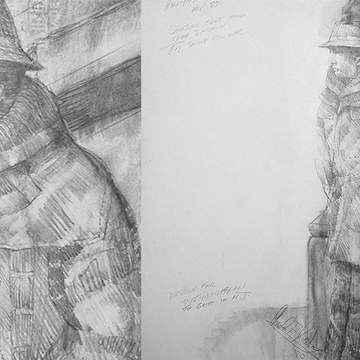 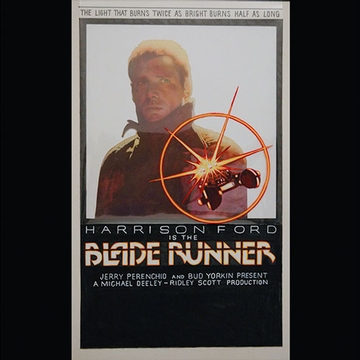 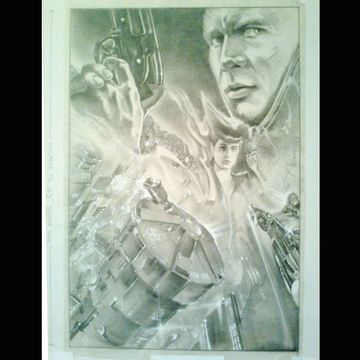 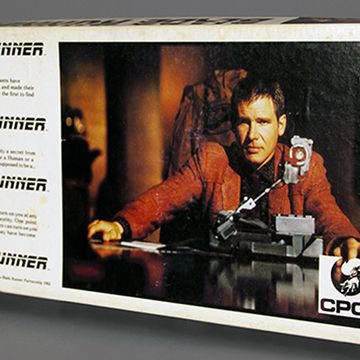 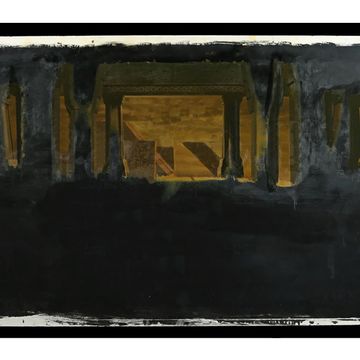