The Outland space shuttle model was built by several peopleunder the supersion of special effects supervisor John Stears. First, Roy and his son Robby Scott made the box structure, then Martin Bower and Bill Pearson from Bowerhouse Model Associates, added the motors, the details and the paint.

Outland is a “space western” loosely-based on the plot of High Noon. Sean Connery's character is a space marshall sent to a mining colony Con-Amalgamate 27 on Io, a moon of Jupiter, to investigate a wave of suicides. In the process Connery waiting for a shuttle to arrive from Earth with a load of ‘space mercs’ sent to kill him.

Director Peter Hyams envisioned the space shuttle as looking something like the Statten Island Ferry. “The object of the shuttle is to take as much freight as possible, so it seemed expedient to just take a big box and stick huge engines on it, so you can get it up and down.”

Outland was filmed at Pinewood Studios, Iver Heath, Buckinghamshire, UK, with an estimated budget of $16,000,000. Principal photography took place starting with the miniature models in May 1980 and with the actors beginning in June 1980. Post-production for the film was completed in February 1981.

The shuttle itself, resembling a huge, predatory insect, Hyams named "Fillii Mei", Latin for "My Sons". Design wise Hyams was looking for "a box with, big nasty engines."

Model maker Martin Bower is one of the most highly prolific model makers and designers to the UK film, TV, advertising and publishing industry. Martin started off building models as a child inspired by his TV favorites. He is totally self-taught with no college or formal training. His first TV commission was building sign boards for a PG Tips chimps advert! However, he eventually got a job building and designing models for the TV series Space 1999, thanks in part to the help of SFX Director Brian Johnson, building most of the 86 models created for the show over a 3 year period. Martin also built models for a one-off TV show produced by the same team that did Space 1999. Into Infinity (aka The Day After Tomorrow) featured Space 1999 stars Nick Tate and Brian Blessed and gave Martin the opportunity to design and build all the models for the film. The Altares 'Lightship' featured in the film is still one of Martin's favourite designs. Martin Bower went on to work on the British TV series Blakes 7, Dr Who, The Tomorrow People, Tomorrows World, Horizon, Tripods and many more. He was also Supervising Modelmaker on the 1979 feature films Alien and Flash Gordon, contributing designs to the film as well as models.

In 1980 having just finished work on Flash Gordon, Martin Bower decided to go into a business partnership with his colleague from that film Bill Pearson. "Indeed, I had also worked with Bill on Alien. Before we'd so much as got any letterheads made the phone rang and it was Nick Allder, the SFX guy we'd worked with on the previously mentioned films and whom I'd also worked with on the TV series Space 1999. He asked us if we were interested in working on a film at that time to be called IO. Nick had other commitments and could not do the film, but he'd been asked to recommend model makers and had suggested us to the producer. I went over to Pinewood Studios and met the Director of the film, Peter Hyams. We built The Refinery and the Shuttle models." The Refinery complex consists of seven separate modules, and was nicknamed the Pompidou Centre after Frances’ controversial modern art museum.

This model of the Outland shuttle was salvages by Martin Bower "Studios and certain people throw the models away and/or have them burnt! I think this is a crime! One very well-known producer had all the models, sets and puppets burnt when the studios closed down! A few people grabbed what they could, but most were lost for ever. Terrible! I managed to get the Outland shuttle back and restore it. The Outland model weighed 60 lbs!"

This model is now part of ScienceFictionArchives.com's collection 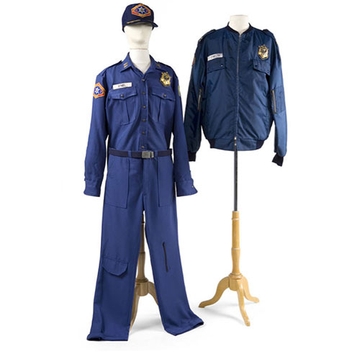 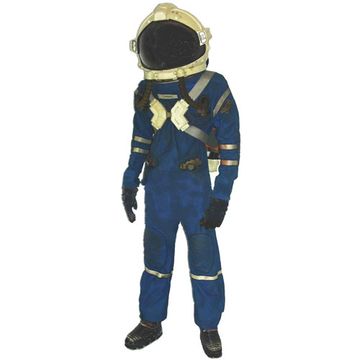 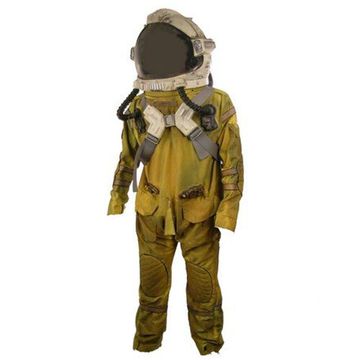 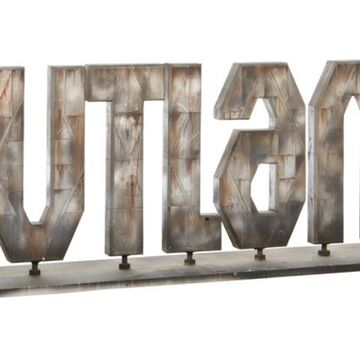 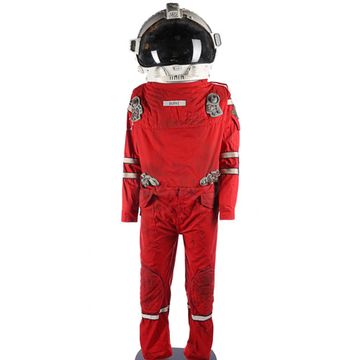