This item is the massive 17 ft version model of the Spaceball One ship created for the 1987 Mel Brooks' Star Wars comedy spoof Spaceballs. The model is constructed of styrene and resin, and detailed with kit bashed model parts. It features fiber optic lighting throughout. Spaceballs spoofs much of the design of Star Wars, and this ship is a spoof based of the Empire Star Destroyer. The effects work was done by Apogee Inc., company headed by John Dykstra that split off from ILM in 1978. Thus, Spaceballs marked the first time since Star Wars that the two units shared work on a single project, as Industrial Light and Magic was hired to create the puppet of the chest-burster for Spaceballs. On this movie the Chief Model Makers were Grant McCune, Chris Ross, David Beasley, Cory Faucher, Jay Roth, John Eaves, Tom Pahk, David Sosalla, Suzy Schneider, and Smokey Stover. The Model Department Special Design was run by Rae Burkland, Ron Thornton.

The design of Spaceball One was inspired by the Japanese battleship, Yamato, “the most heavily armed ship ever built”. Production designer Terence Marsh had not had any previous interest in designing science fiction films but said Spaceballs appealed to him because “it was obviously crazy.”

In order to make the summer release date stipulated by Metro-Goldwyn-Mayer, Inc., the visual effects team was allowed to begin working before the end of principal photography and before any of the film had been presented to test audiences. Since it parodied high-quality effects films, visual effects supervisor Peter Donen was adamant that Spaceballs look as realistic as possible. Apogee, Inc., was selected as the “prime effects contractor,” having been instrumental in the creation of a new Kodak film stock called 5295, which was “optimized for visual effects,” and used previously for one scene in Star Trek IV. Spaceballs became the first film to use 5295 “for all its live-action bluescreen work.” According to production notes, a very large bluescreen system was created, employing nearly fifty blue fluorescent light panels, to produce the sweeping space vistas visible outside the windows of Spaceball One.

Spaceball One was a spacecraft owned by Plant Spaceball and commanded by Dark Helmet. It was a spoof of Darth Vader's personal Star Destroyer. It is an extremely long spaceship as in the movie it is supposed to be eleven kilometers or 6.8 miles in length. (After the prologue of Spaceballs finished, it took almost two minutes for the camera to finish panning across Spaceball One). In addition to some of the rooms usually found in a spacecraft, it held a shopping mall, a three-ring circus, and a zoo. Hundreds of people were on its crew. It had the ability to transform into Mega Maid, a transformer. 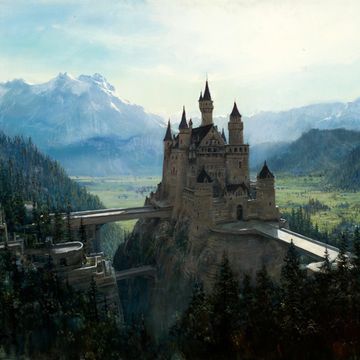 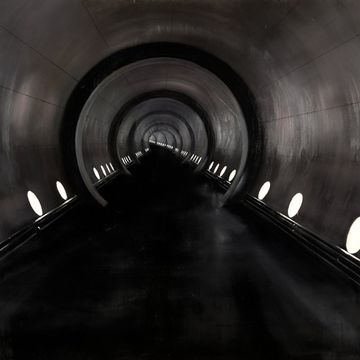